So, let’s start with Discount Plans, which as I said, are not real insurance. These plans simply give you a discount of 20 to 30% off of medical services when purchased through one of the providers in their network. An example of why you don’t want one would be if your wife bought a $100 dress and the discount was $30, you would still owe $70. The same is true with a PPO network discount: If your hospital bill is $100,000 and you receive a 30% discount ($30,000), you still owe $70,000. This is not a plan that you should allow into your health insurance package. I am assuming that you want real insurance, right?

Fee Schedule Plans are real insurance, but they have hundreds of limitations in almost every category of claims. Many of them pay only $100,000 or $500,000 for surgeries and hospital stays. If you have an $800,000 hospital bill and the lifetime maximum on your policy is $500,000, you’re going to owe $300,000 when you get home from the hospital. And usually, these plans have no prescription card, so if you ever have to go into intensive care and need lots of medication, you won’t be covered and you’ll have to come up with that cash out-of-pocket. Also, it looks like the new healthcare bill is going to eliminate these plans anyway, and I am assuming that you really don’t want a plan that just pays some of your bill, when you can get one without all these limitations for about the same price, right?

Hospital Surgical Plans are real insurance, but they have a critical flaw. In the old days of insurance if you had the flu, for example, they put you in the hospital. In fact, they hospitalized you for almost everything, and these Hospital surgical plans were designed for that system but that was prior to the growth of outpatient centers. These plans cover inpatient services only. They do not cover outpatient, even though outpatient services represent more than 75% of all medical procedures today. You can purchase a medical plan that includes both outpatient and inpatient for approximately the same price, so can you see any reason why you would want inpatient coverage only?

HMO Plans are also real insurance, but unfortunately, they also have a lot of restrictions and limitations. For example:

HMO plans do have excellent “check up” coverage, but basically, these plans are like the oil change place for your car, not the mechanic. If you need an engine repair, you would never go to an oil change place. For repairs, you have to go to a mechanic. It’s the same thing here. You don’t want an HMO with great check up coverage and limited coverage when you’re really sick or injured. Instead, you want a major medical plan, with minimal restrictions, and you want it to have a PPO, which stands for “preferred provider organization”, which is an organization of providers from all around the country that agreed to offer significant discounts to their members, and you also want your plan to include inpatient coverage, outpatient coverage, doctors visits, and prescriptions everywhere you go in the United States.

Bottom line, all of these other plans that we talked about have major restrictions and don’t do an adequate job of protecting you and your family. The choice that does the job is Major Medical. It’s the right choice. It’s not a discount plan, it’s real insurance. It’s not an HMO, but a PPO with a choice of doctors and hospitals. It’s not a fee schedule plan, because it covers your bills, not just a portion of them. It’s not a hospital surgical plan, because it covers inpatient and outpatient services. Major medical covers inpatient, outpatient, doctor visits, and prescriptions, and it doesn’t have holes in the coverage, or loopholes for the insurance company to avoid paying claims. There are only 6 companies in the US that offer comprehensive major medical plans that have all seven characteristics of great coverage. 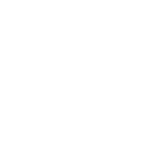